A Native Species of Yucca 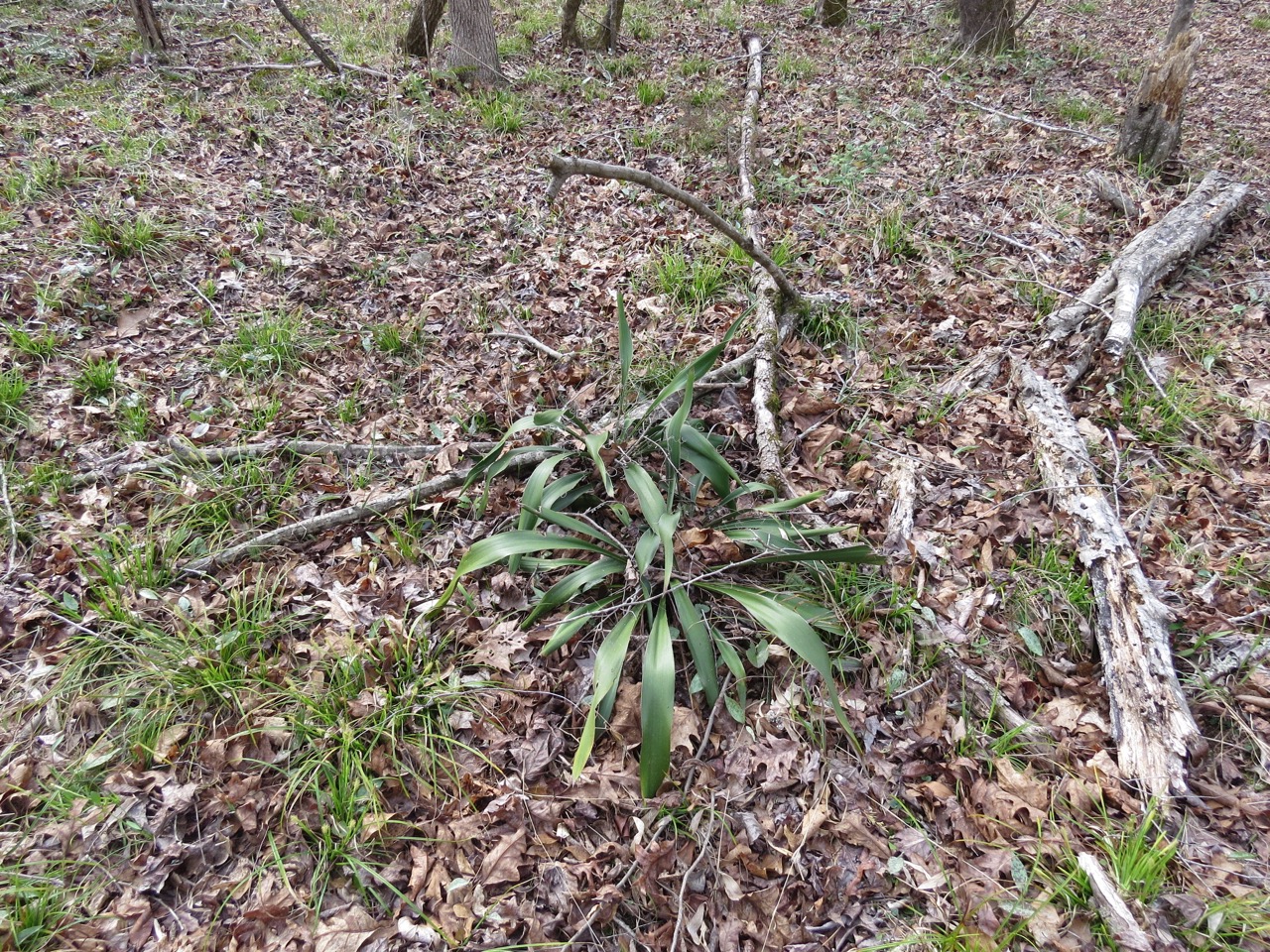 ou may have been out wandering along a streamside in the Uwharries and noticed a strange occurrence – yucca plants along a hillside or bluff – and assumed they were escaped from someone’s yard. In actuality, they are native and belong in that landscape, and are known by the scientific name of Yucca filamentosa. Although yuccas are more classically thought of as desert and grassland plants found in the west, there are some native yuccas in the East.

Yucca filamentosa is a species of flowering plant, shrub actually, native to the southeastern United States from Virginia south to Florida into Mississippi and Louisiana. They are most commonly seen in sandy soils, along beaches or dunes, but are also found on rocky slopes, which is where they are most commonly seen in the Uwharries. Common names include Adam’s needle, Spanish bayonet, and needle palm.

They are evergreen and have a basal rosette of sword-shaped and spine-tipped blue-green leaves with white thread filaments or strings along the edges of the leaves. The leaves are about 1 inch wide and 2 to 3 feet long. They flower in early summer and have up to 10-foot tall stalks with nodding bell-shaped creamy white flowers. The stalks are longer in areas with milder climates and shorter in areas with colder winters. There are several dozen individual flowers on an inflorescence. Yuccas develop a deep taproot and are difficult to remove once established.

Yuccas depend on the yucca moth (Tegeticula yuccasella) for pollination, and the moths depend on the yuccas for food. The female moth carries pollen from the anthers of the yucca and places the pollen mass on the stigma of the flower, where she also deposits eggs among the immature seeds. As the seeds mature, they are the food source for the moth larvae; however, many seeds are not damaged by the larvae and can be dispersed to produce new plants. The Cherokee used the leaves, stems and roots of this plant to stun fish.

Two botanists, David Campbell and Jim Matthews, are studying another possible species of yucca known as lowland yucca, or tentatively called Yucca palustris. This species grows in the South Mountains and instead of being found on bluffs or rocky outcrops, it grows in the floodplain of rivers and streams. The stalk on these plants is significantly longer than the stalk on Yucca filamentosa. The yucca found in these floodplains is believed to be a previously undescribed taxon.

Keep your eye out for yucca on your next excursion in the woods. Other species you might see in the same environment as these Yucca filamentosa include mountain laurel, fire pink, river oats, wild comfrey, woodland anemone, holly, hickory and oak. There are some areas in the Uwharrie National Forest where they grow, and you might be able to spot them while hiking, and if you do see them perhaps they won’t seem as out of place.