A 300-acre peninsula in Stanly County, long appreciated for its scenic beauty by visitors to Morrow Mountain State Park and Lake Tillery, is preserved through two conservation easements donated to the LandTrust by Mrs. Rebecca R. Smith and the family of Dr. & Mrs. Whitman E. Smith, Jr. of Albemarle.

Known as Wesfell, the peninsula is located at the mouth of Mountain Creek and the Pee Dee River (which at that point forms Lake Tillery). It encompasses nearly a mile of lakefront shoreline, including steep slopes of hardwood forest along Lake Tillery, and forms a natural and scenic buffer to Morrow Mountain State Park. The property has been in the Smith family for several generations, and they still maintain a private home there.

One of the few recorded nesting sites of the bald eagle in the lower Yadkin-Pee Dee River corridor of North Carolina was found near Wesfell several years ago on state property. Mountain Creek also provides habitat for many different species of waterfowl and is one of the favorite spots for area fishing enthusiasts.

The Smith family has a long history of concern for conservation issues. In the late 1930’s, the late W. Erskine Smith (Mrs. Rebecca Smith’s husband and the father of Dr. Whitman Smith, Jr.) played an important role in the establishment of Morrow Mountain State Park. As a state senator representing Stanly County at the time, he led the effort to pass legislation for the creation of Morrow Mountain as North Carolina’s third state park, and was instrumental in obtaining the necessary state funding.

“Our family has always had a love for the outdoors, and particularly this special place on the river and at the foot of Morrow Mountain,” states Dr. Smith, a board member of The LandTrust. “In many ways, we feel that this easement is our way of extending the conservation legacy established by my father.”

The Smith family gift is the second conservation easement to provide a buffer to the state park, joining the one donated by Lynn Chivington in 1997 to honor the memory of her mother. Tim McCree, Superintendent of Morrow Mountain State Park, stated, “I commend the Smith and Chivington families for their generous gifts, and hope that other landowners along our borders will consider doing the same.” 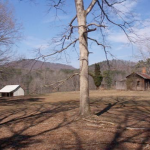 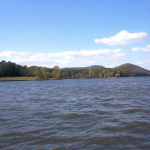 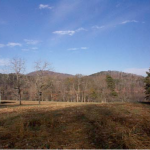 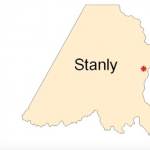