While walking around in the yard the other day enjoying this unseasonably warm weather, I couldn’t help but notice some places where soil was disturbed by a rodent, possibly a vole. Voles are a small rodent that look a lot like a mouse but are more stout and have smaller ears and eyes, and a shorter and hairy tail.

Voles are also commonly mistaken for moles or shrews. Moles have large front feet with claws for digging and no visible ears. Shrews are smaller than voles and have pointed snouts.

The typical habitat for meadow voles are old fields, orchards and pastures. Pine voles generally are found in shrubby areas between woodlands and fields. Pine voles spend most of their time underground and have a small home range. Meadow voles have a larger range and are typically found above ground.

Voles are typically viewed as a pest, burrowing under vegetation and eating or girdling plants that are desirable, including grasses, bulbs, and small trees. They can quickly multiply, as one vole can have up to 10 litters in a year, as many as 10 young per litter. Therefore they can cause considerable damage in a short period of time.

Voles actually do play an important role in the ecosystem. They are a food source for species like hawks, raccoons, and snakes. Although their burrows may seem unsightly, they also help spread nutrients in the upper soil layer. This just goes to show that even a small animal such as a vole provides important functions. So unless they are damaging an orchard or nursery, or occur in large enough number to decimate lawn grasses, it is best to coexist with them and appreciate the benefits they can provide. 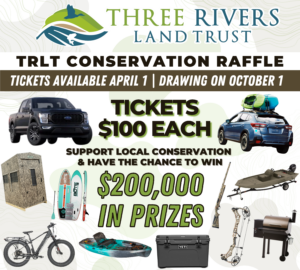